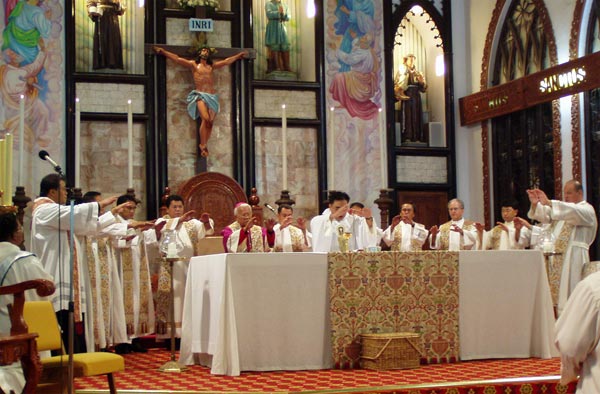 The High Altar is the focal point for the main Sunday morning celebration of the Holy Mysteries.  The picture was taken at the Triennial Mass of the Ecumenical Brotherhood of Veneration (EBV) in June 2002.  No explanation was ever given to the Precentor of the wicker basket placed at the front of the altar, though members of the congregation reported hearing faint "clucks" coming from it.  A few others declared that they had seen it move.  Cardinal Fingal O'Flanaghan (in red at back), the Brotherhood's Moderator, dismissed the claims.  "It was my picnic lunch basket", he said.  "I had forgotten it was there."